Gay Cake Verdict – do you need to act?

Every now and then a legal headline catches your attention and you think ‘Oh I had better read that to make sure I am up to date on everything’. Such was my reaction to the headline ‘Tatchell:  ‘Gay Cake’ verdict is a defeat for freedom of expression. 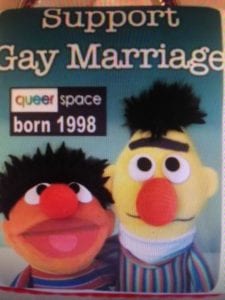 Turns out that a Court in Belfast has ordered that it was wrong for a local bakery to refuse to decorate a cake with the words ‘Support Gay Marriage’ simply because it did not agree with the message. This according to Tatchell is a defeat for freedom of expression because as well as meaning that a bakery can be forced to aid the promotion of same sex marriage, it also implies that gay bakers could be forced by law to decorate cakes with homophobic slogans.

Aren’t people getting a little carried away? Is there not sufficient consumer choice in Belfast that it was possible to simply source the cake from a baker who was happy to make it? This case was reported as a defeat for freedom of expression and a dangerous precedent potentially forcing traders to propagate messages that the trader does not believe. Really? Did the judgment not actually turn on the fact that the bakery in question advertised its services by saying they were willing to decorate their cakes with any message the customer wanted?  Is that not therefore where the problem lies?  Calling all traders who deal in personalised products – make sure your terms and conditions give you the right to decline orders where you do not wish to take them. Simple.